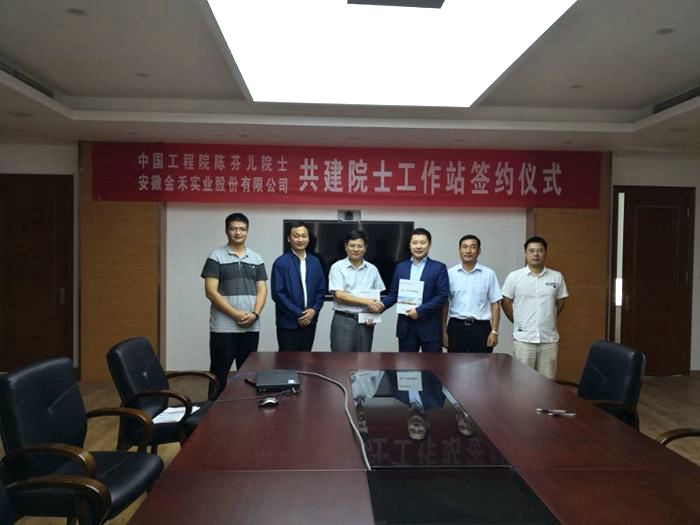 Chen Fen’er, an academician of the Chinese Academy of Engineering, is currently a professor and doctoral supervisor in the Department of Chemistry of Shanghai Fudan University, and has been engaged in chemical manufacturing and research of active pharmaceutical ingredients in the field of fine organic chemicals for a long term. He has won one 2nd prize of national technological invention award and one 2nd prize of national science and technology progress award as the 1st person-in-charge, three 1st prizes of provincial and ministerial science and technology progress award, and one national invention patent gold medal. In addition, he has published more than 275 academic papers in important journals at home and abroad, applied for 136 invention patents in China, the United States, the European Union, etc., been authorized 45 patents at home and abroad, and edited 7 articles of academic works as the editor-in-chief. In addition, he has also won Science & Technology Progress Award of He-Liang-He-Li Fund, and been awarded many rewards and honors, including national outstanding scientific and technological worker, national advanced worker in chemical industry, etc..

The establishment of the academician workstation by Jinhe Industrial and Chen Fen’er has set up an industry-university-research cooperation platform. Jinhe Industrial, as a fine chemical and basic chemical production, R&D and sales enterprise, has provided a practice base for the transformation of scientific research achievements of the Academician Chen Fen’er, while the Academician Chen Fen’er’s research achievements and advanced technologies in pharmaceutical chemistry, synthetic technology, etc. have solved the bottleneck problems in production practice for the enterprise, further improved the technological innovation capability of the enterprise and played an active role in promoting new product development, the cultivation of high-level talents, scientific and technological cooperation and exchange, etc.